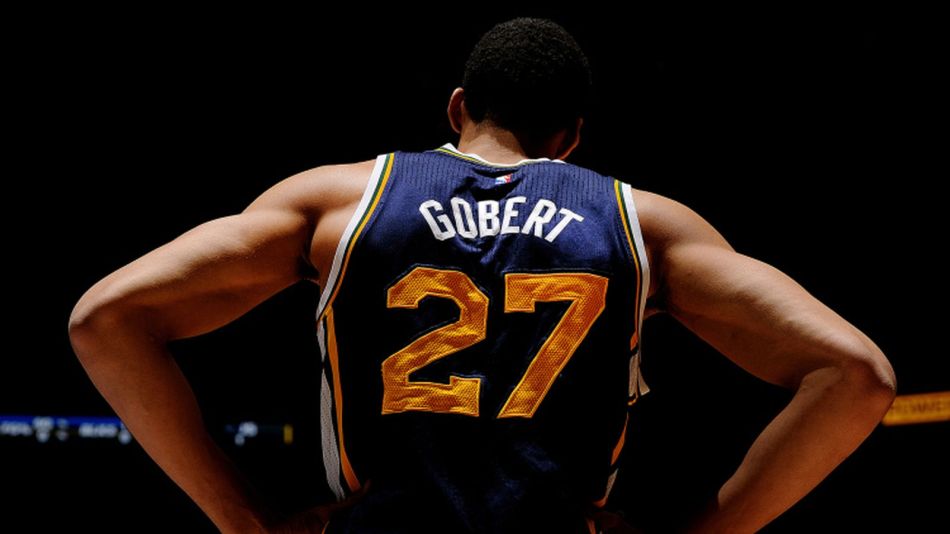 On Wednesday night, the NBA took the unprecedented step of putting the regular season temporarily on hold in response to news Utah Jazz center Rudy Gobert had tested positive for the COVID-19 virus. It was a chaotic night, full of confusion, anger, and concern. After the Jazz-Thunder game was postponed just moments before tip-off, the memo from the league came down square in the middle of the nationally televised Nuggets-Mavericks game. It was surreal to see a “Breaking News” chyron at the bottom of the screen announcing the suspension of the season while literally watching NBA basketball take place right above it. There is so much to unpack here, and so many more twists this story is going to take, both as it pertains to basketball and life in general. Here are some initial thoughts.

[Note: I had planned to release a very different column today, one about actual basketball games. It instantly became obsolete around 9:30 PM ET last night, so we’ll suspend that for now as well. Much like the NBA season itself, God willing, you’ll all get to see it sometime down the road.]

First off, let’s be clear about one thing: this is a good decision by the NBA. It may feel inevitable now with hindsight, but that wasn’t the case as recently as yesterday afternoon (when the owners held a conference call to discuss potential steps for holding games in empty arenas — how quaint). The league acted quickly and decisively in the face of the Gobert news, and while there will still be a great deal of cleanup and fact-finding to do going forward, the degree of the crisis has likely been mitigated in a way which should cause other large businesses and institutions to take note. Player and fan safety are of utmost importance in this matter, so the league should be commended for putting those interests above its financial concerns without hesitating when it mattered.

[Will the NCAA do the same? Conference tournaments are ongoing (albeit without fans present in many cases), and the NCAA Tournament is scheduled to begin next week. The organization is notoriously money-hungry, so one suspects they’ll hold out as long as humanly possible. But if an NBA player contracted the virus this quickly, it’s hard to imagine it isn’t already present within the college ranks as well. As soon as someone tests positive, it blows the whole thing up just like it did the NBA. This paragraph may turn out to be old news by the time you read it. That’s how fast this thing is rolling downhill now.]

What’s next? It’s a great question. The teams and officials who came into contact with the Jazz over the last two weeks (during which time Gobert likely had the virus but was asymptomatic) are self-quarantining, and if anyone in said cohort also tests positive, it will probably trigger a response on a much wider scale. Players and media members as vectors for the disease is a terrifying thought when you consider how many people they come in contact with on the daily NBA grind. It appears the testing apparatus is finally becoming more efficient around the country (Colorado now has South Korea-style drive-through testing and many testing kits being manufactured take less time to process than before), so we should begin to get a better sense of the extent of the crisis in the coming days. [People are undoubtedly going to freak the fuck out when the number of confirmed cases starts to explode due to increased testing, but we all need to remain calm and realize that’s actually a good thing. You can’t fight a problem if you don’t know the scale of it.]

All signs point to an extended hiatus for the league, as it’s going to take a while to determine the actual risk level to the fans and players, then there will be the time it takes to mitigate the spread among the general public, and then a likely cooling off period before it becomes remotely feasible to start having people gather in large numbers again. Assuming things die down eventually and games are able to resume, the logistics of completing the regular season and the playoffs are mind-boggling. Most NBA arenas serve as multi-purpose event spaces, and dates are booked many months in advance. The NBA schedule-makers are going to be pushed to their absolute limit in trying to reschedule all the postponed games, which will obviously pile up by the day. The league is fortunate to have a buffer built into its schedule, with the stretch from mid-July through mid-September acting as a dormant period. The league can conceivably push the playoffs, draft, and free agency further into the summer, but the challenge there is the theoretical presence of the Summer Olympics this year in Japan. [What form those will take, if any, of course remains a massive open question as well.] We have no idea how this will play out until we get a better sense of what it is going to take to contain the spread of the virus among the public, but it is difficult to envision the completion of the ’19-’20 season being anything other than a gigantic clusterfuck.

24SS will be back soon, but in the mean time, stay safe, wash your hands, make smart choices, and practice social distancing. We’ll all get through this together, and then we can get back to watching the game we love.

0 comments on “Uncharted Territory: The NBA Suspends The Season”