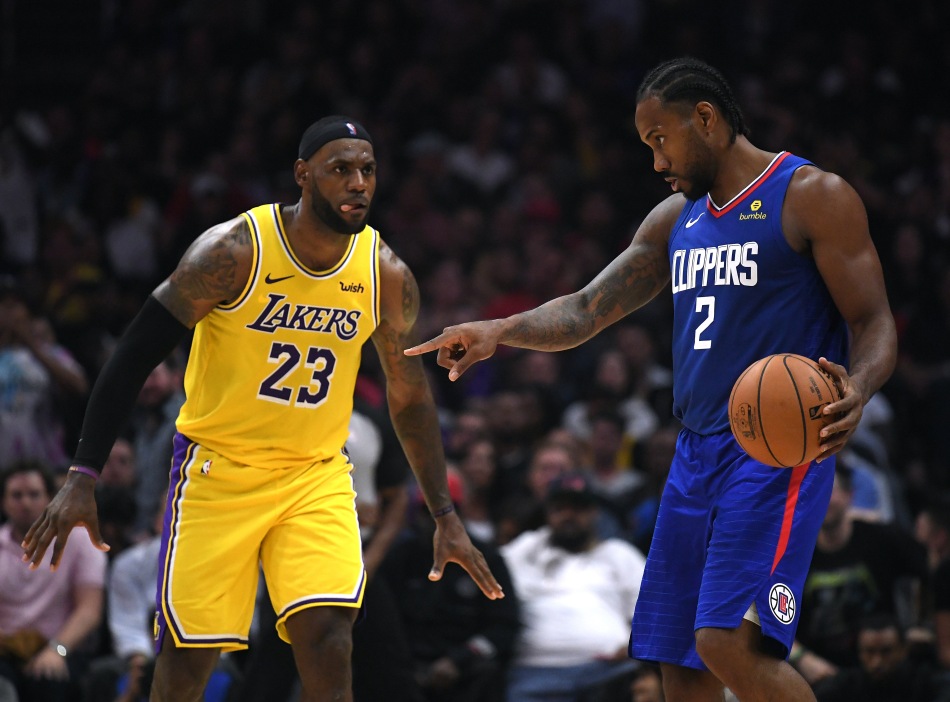 As per usual, LeBron James is acting as the moral center of the NBA universe, this time concerning the debate over whether or not to hold an actual All-Star Game in Atlanta in March. “I have zero energy and zero excitement about an All-Star Game this year,” LeBron said, in no uncertain terms. Players were told before the season there would be no ASG this year, and he believes having it sprung on them now amounts to “a slap in the face.”

Feelings aside, he is, of course, 100% correct. Players are enduring a difficult season as it is, being shuttled from city to city amidst a pandemic, while essentially being confined to nothing but arenas and hotel rooms. A five-day break in March would be a welcome respite for many of them. Even more so, as the league appears to finally be turning the corner on getting control of its COVID-related issues, it’s genuinely irresponsible to bring its entire class of superstars to a city with very few social restrictions in place, just to play an exhibition game no one seems to have much interest in playing. Seriously, who actually wants this?

OK, rant over. The point is that it would make a lot more sense to just name the teams to honor the individuals for their performance, so let’s do that. With about a month to go before the ill-fated game itself, here would be my current picks for the teams, along with some honorable mentions. Let’s get started.

For the first time in as long as I can remember, picking the East team is actually a more difficult proposition than the West. The list of Honorable Mentions is nine-deep with legitimate candidates having phenomenal years. In my estimation, there are eight absolute lead-pipe locks: the starters, plus Sabonis, Brown, and Tatum. Middleton is a borderline lock, as he’s only putting up one of the most efficient shooting seasons in the history of the damn league. Miami has scuffled thus far, but Bam Adebayo has been a monster at both ends in the absence of Jimmy Butler and others, and he deserves recognition. Trae Young’s efficiency remains questionable, but he is the undisputed lead dog for a Hawks team which has risen from the basement of the East to playoff contention.

I gave the last spot to Simmons on the strength of defensive versatility, but his teammate Harris has been every bit his equal for the East-leading Sixers. Kyrie has been electrifying offensively, and it wouldn’t be surprising to see the coaches name him as a reserve because of his pedigree. That said, he’s also played only sixteen games thus far, and with so many quality candidates, availability is as good a tiebreaker as any. I honestly feel bad that so many deserving guys are going to get “snubbed,” but on the plus side, at least they won’t have to travel to Atlanta to play in a meaningless game and possibly get COVID for no apparent reason. So there’s that.

I feel icky about a few of these. The top nine are locks — if you wanted to swap Curry for Luka in the starting lineup, I wouldn’t fault you — but those last three spots could go a lot of different ways. There is a case to be made for Conley over Mitchell and Booker over Paul, but in the end, brand recognition probably wins out. All four are playing great for overachieving teams, but there just aren’t enough spots. The Spurs deserve some shine for patching together a really dynamic mix of players and sitting squarely in the West playoff picture. For all the shade he receives for his retrograde game, DeRozan has been excellent all season, averaging 20.5/ 5.2/ 6.8 on 49/35/89 shooting. Starting next year, he may be entering a new phase of his career (to steal Bill Simmons’ favorite phrase), so it’s probably a good time to honor a guy who has somehow become underrated.

Zion and Ingram are putting up big numbers for a team that makes no damn sense from night to night. They’re both likely to be part of many All-Star Games in the future, but this doesn’t feel like the year to shoehorn them onto the roster. Wood, Morant, and McCollum have all been sensational, but have missed a bit too much time to warrant a spot. [I feel especially bad for CJ, who was balling the fuck out before going down with a foot injury: career-bests of 26.7 ppg and 5.0 apg on 47/44/84 shooting for a Portland team battling through terrible injury luck for yet another season.] Ascendant guards Fox and SGA are perhaps the most egregious “snubs” here, as both are leading young, undermanned squads to surprising levels of competence. Even as players like Paul, Curry, and Lillard eventually begin to age out, the competition for guard spots in the West is going to be intense for the foreseeable future.

So there you have it. Now let’s hope the league comes to its senses and gives these stars the recognition they deserve AND the break they’ve earned before the sprint to the finish line in the second half of the season.